We’re really pumped to bring this token announcement to you. Starting today, all Metal Pay users can buy and sell STEEM in our Marketplace. A lot of you have been asking for this, and we’re excited to make this a reality. 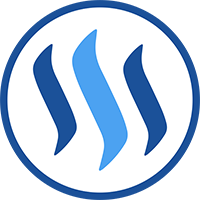 Steem is a blockchain protocol designed from the ground up to power Social Media 2.0 applications that enable users to retain ownership over their information while providing important social applications like blogging, social media, and content creation applications. The flagship Steem application is steemit.com, where users (known as Steemians) can explore and engage with each other’s Steem content. Steemit has a familiar content structure that’s similar to other platforms such as Tumblr, Reddit, and Medium, but unlike those, Steemit leverages the Steem blockchain to deliver frictionless cryptocurrency rewards to users who contribute and share content. The Steem blockchain’s unique Proof-of-Brain token distribution algorithm enables applications like steemit.com to leverage blockchain-level voting functions to allow users to rate and reward content without having to take money out of their own wallet. Users earn more STEEM as their content receives more votes, and that applies to comments as well as posts. There are two types of rewards: one which increases a user’s influence on Steem and another paid in “Steem Dollars” (which are worth $1 U.S. Dollar) and can be cashed out immediately, or converted to STEEM.

How is Steem different from other cryptocurrencies?

Each cryptocurrency is designed with a particular purpose. Some were built with transactional privacy at their core. Some are designed to run smart contracts. Some are created to settle cross-border transactions. Steem was designed from the ground up to power web applications with real-time engagement. For that reason, it needed to be fast and free-to-use (zero fees). All transactions on the Steem blockchain, whether social media posts or token transfers, happen in 3 seconds and are totally free thanks to Steem’s state-of-the-art Resource Credit system. Steem is also the only blockchain that features free account creation without the risk of bloat. Like bitcoin, the Steem blockchain is decentralized and has no central point of authority. Steem differs from bitcoin by way of its consensus algorithm. Bitcoin depends on a competitive energy-intensive mining process, where the block reward is paid to the miner who finds the next block. Instead of being mined, STEEM tokens are released through a “witnesses” process, where designated trusted members of the community validate transactions. The reward from each block is split 10%/90% between the witnesses and the content creators.

What’s the deal with capitalization? Is it Steem or STEEM?

This can seem a little confusing at first. Steem actually refers to multiple concepts. First, there’s the Steem blockchain, the immutable ledger that stores the transactions and is usually written with an initial capital letter. Then there’s the STEEM token itself (usually capitalized, since it serves as a currency symbol), which is issued to users who create content and interact on the Steem platform. In addition, there is the Steem Dollar, a stable-value currency token pegged to $1 USD, which can be traded, or exchanged for STEEM at the market rate. And if that’s not enough, there’s also Steem Power, which is a method of vesting tokens to allow Steemians to gain more influence on the Steem platform.

How many people are using Steem?

There are over one million registered accounts on the Steem blockchain, the majority of whom use Steemit.com, which receives roughly 250,000 visitors per day. The Steem network processes over one million transactions per day and is one of the most consistently active blockchains in existence. It is by far the most used blockchain for social media applications, powering the most popular blockchain-powered web applications like D.Tube, SteemMonsters.com, Partiko.app, and more.

We hope you’re inspired to take a closer look at Steem! Keep your eyes open for more content over the days ahead from Steem in the Discover section of the Metal Pay app, as well as on our social media accounts. You can find us at @metalpaysme on Twitter, Instagram, and Facebook, and @metalpay on Steemit!

Nobody likes thinking about taxes, but it’s something that you have to keep an eye on as the regulatory environment surrounding cryptocurrency continues to shift. In an effort to continually support our users and make life easier for them, we have partnered with...

We’ve added more tokens to the Metal Pay Marketplace, creating more ways for you to buy and sell crypto for 1% fees or less!

The latest additions to the Metal Pay Marketplace brings some of the hottest projects of 2021 to our low-fee, easy-to-use crypto marketplace.

The affordable and easy-to-use Metal Pay Marketplace continues to grow with the addition of KDA, LUNA, AVAX, and UNI!

The affordable and easy-to-use Metal Pay Marketplace continues to grow with the addition of ADA, SOL, DOT, and SHIB!

The finance world discovered the magic of Metal and Proton at Money20/20, resulting in more partnerships and features than ever before.