This week we are welcoming the DigiByte blockchain and its native coin (DGB) to the growing Metal Pay Marketplace. DigiByte is one of the relatively unknown projects on the market, which may not remain the case for long.

The DGB team can boast about having successfully mined the longest running chain of blocks, which is quite an accomplishment in this competitive industry. DigiByte is also arguably more decentralized and secure than even the Bitcoin blockchain, thanks to its reliance on not one, but 5 different mining algorithms.

Did we get your attention? Keep reading to find out what makes DigiByte unique, and why we just had to have it as part of our growing Marketplace.

(Note: Some charts may appear incomplete or inaccurate as market data continues to populate – we expect this issue to be resolved in the coming days.) 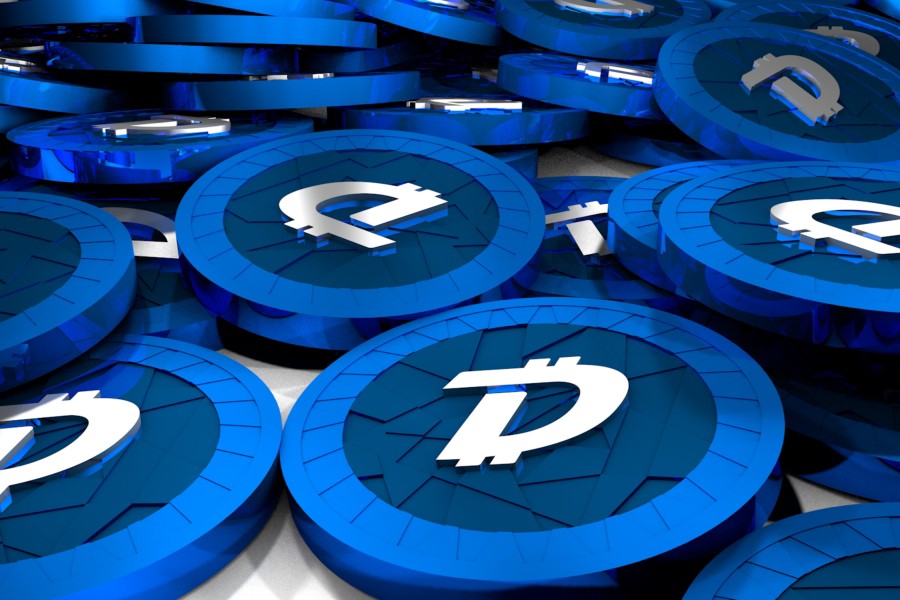 DigiByte was originally launched on January 10, 2014 with the genesis block containing a hash of the news headline, “USA Today: 10/Jan/2014, Target: Data stolen from up to 110M customers”. Recognizing the limitations within the Bitcoin core protocol and its positioning in the blockchain space as “Digital Gold”, Jared Tate, the founder of DigiByte, set out to create a blockchain that would be technically superior to Bitcoin in every way. His hope for DigiByte was to create a fully decentralized blockchain that would excel in general purpose cyber security, while also being able to be used as a P2P digital cash and Store-of-Value (SoV).

In addition, DigiByte’s mining difficulty readjusment technology (DigiShield) is utilized by other popular blockchains such as Dogecoin, Bitcoin Cash, and ZCash. DigiByte employs MultiShield, an upgrade of DigiShield that accounts for MultiAlgo mining.

Attempting a 51% attack against the DigiByte blockchain is extremely difficult thanks to MultiShield which, in addition to block-by-block difficulty readjusments, also organizes consensus so that even if an attacker controlled 90% of one algorithm, they would still need a significant hashrate in the other 4 algorithms as well. Performing an attack with just one algorithm, such as SHA256, will find the difficulty for the attacker skyrocket instantly (increasing by a factor of 8 every 15 blocks), rendering such an attempt futile.

DigiByte is capable of 1066 tx/s (transactions per second) on-chain thanks to 15-second block times, an incredibly fast rate, even by cryptocurrency standards. Additionally, DGB is the first major altcoin to implement the Segregated Witness protocol via a soft fork upgrade entitled “DigiSync”, and a greatly improved block propagation mechanism based on findings by Microsoft Research. In other words, the DigiByte team is constantly looking for ways to improve their product, and they let data drive their decisions.

What is DigiByte used for?

DigiByte can be utilized for the traditional uses one would expect to use a crypto asset, such as P2P digital cash and SoV, but what many people may not know is that DigiByte also allows for smart asset issuance and smart contracting. Earlier in 2019, the DigiByte developer team was able to announce the launch of the DigiAssets protocol. DigiAssets exist on top of the DigiByte blockchain as a 2nd layer. DigiBytes can be encoded with arbitrary bits of information that confer the unit of value a special function- which may be something as simple as representing an individual’s identity, or as complex as a smart asset which interacts with a set of instructions as encoded in a smart contract.

We know that you might still have more questions about DigiByte, which is why we’ll be posting more information about this innovative cryptocurrency on our social media accounts this week. Additionally, you can check out the DigiByte team’s website to see how they explain their cutting-edge cryptocurrency.

We hope you’re inspired to take a closer look at DigiByte! Be on the lookout for more content about DGB in the Discover section of the Metal Pay app, as well as on our social media accounts: Twitter | Instagram | Facebook | Steemit