🔑 Why These Parents Pay Their Kids an Allowance in Crypto

The time-honored parent-child allowance relationship is getting an upgrade from cash to crypto. As cash goes the way of the VCR, the old pink, ceramic, smashable piggy banks are disappearing from kid’s nightstands faster than teeth from the tooth fairy.

The principles of teaching kids to manage cash still remain the same, but how we use money is changing rapidly. Which makes sense that how kids receive their allowances will change with it. 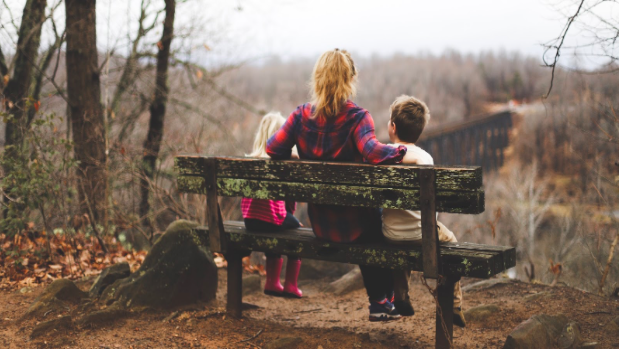 Money is such an abstract concept that explaining crypto to a 6-year-old might sound as impossible as teaching them string theory, but kids learn by doing. And according to a University of Cambridge study, we form our financial habits by seven-years-old.

Point is, it’s important to start teaching kids about money at a young age. Are these parents are getting ahead of the curve by paying their kids’ allowances in crypto?

First up, we talked to Ben B, a father of two young children, in Santa Monica, CA.

“Part of the reason I pay my kids an allowance is to teach them how to manage money, if cryptocurrency becomes the future, then why wouldn’t I give them that?” – Ben B, explained.

“Paying them in crypto helps them understand that the value of something can be finite. Money in the 21st century can take many forms, giving my kids different currencies, and not just dollars, helps them grasp this.” – Ben. B, added.

A crypto-trading mother of two, Ivy Riane, has set up crypto portfolios for both of her young sons so they aren’t left behind with technology.

They have used part of their allowance every two weeks to buy the coins and we check them once a week to see how their little portfolios are doing.
We have a rule for them though: they are not allowed to sell their coins unless they want to take profits to invest in another coin that is down at the moment to increase their position.

Another mother, gives her son crypto to teach saving.

I give me son crypto because I feel like it is a way to show him how to save and invest in his future. I have not showed him how to cash it out so he is getting accustomed to saving and not spending. – Nicole K, Atlanta.

These parents on Reddit, agree that parents should consider this.

“I gave my son one Bitcoin when he was born around 18 months ago and the equal amount of our country’s currency. The bitcoin is now 3x the amount in his bank account.” – @throwaway_cabe, Reddit.

Another parent @tron1977 on Reddit owed his 14-year-old son back-allowance and his son asked for it in Crypto!

“I owed him a lot ($200) of back allowance, he said he wanted it in Bitcoin. So I set him up with a coinbase account.”

However, not all parents are keen on the these new financial systems. In fact, some parents think it’s too complex and risky.

“The worst thing about volatile trading is the loss of peace of mind. I can’t imagine the toll it would take on kids. Although with a small amount, and given that their livelihood doesn’t depend on their own money yet, maybe they won’t obsess as much.” – @seaofwords, Reddit.

But would it be such a bad thing if kids were fascinated by crypto at a young age?

Parent, @Blockbuzz sums up both sides of the argument on Steemit,

“It dawned on me that by paying my kids with crypto it becomes a social norm for a much younger generation. Discussions will take place with friends at school, then they are learning about it online, mining it and using it. All from a generation who may never know that a check or money order ever existed. I guess I’m either part of the problem or part of the solution.”

If all goes well, these kids might be listening to blockchain startup pitches near the swingsets and giving their parents an allowance one day.

Would you consider paying your kids in crypto or do you think it’s too risky? Also, do you wish you were paid in crypto?