Bitcoin closed the week out with strength, clearing this red “fakeout level” with a solid candle body on this macro Fibonacci Level.  Confirming this breakout past the previous high at $41,986.37 (BTCUSD – Coinbase) is significant.  Typically, this confirmation should lead to further extension targets being hit in the mid-term.

As we continue to see the price approaching the psychological level of $50,000, without clear rejection, the evidence for bullish continuation remains.

Spot demand is very real, with institutional players jockeying for position, and each day a new story about another large company or individual adding significant exposure to their balance sheets.  This is undoubtedly bullish, to see companies like Tesla and Microstrategy announcing purchases of Bitcoin, however, derivatives markets still have influence.

With each upward movement, short positions are likely piling up in derivatives markets; the effect of this is two-fold. With sell pressure from shorts, the possibility of another shakeout dip before breaking that level remains possible, and with each addition to that sell-side liquidity, there are added stops & liquidation levels above where shorts are opened.  This could lead to temporary dips for quick shakeouts of longs while adding market buy orders in stops and liquidation levels for recently opened short positions.

Enough of these orders stacked tightly without a significant drop in price can lead to a substantial “short squeeze”, as market-buy orders trigger to cover underwater shorts.  It is prudent to be prepared for both scenarios: retests of the $42,000 zone or a sudden jump through the $50,000 psychological resistance.  As with any market, there is no room for absolutes. 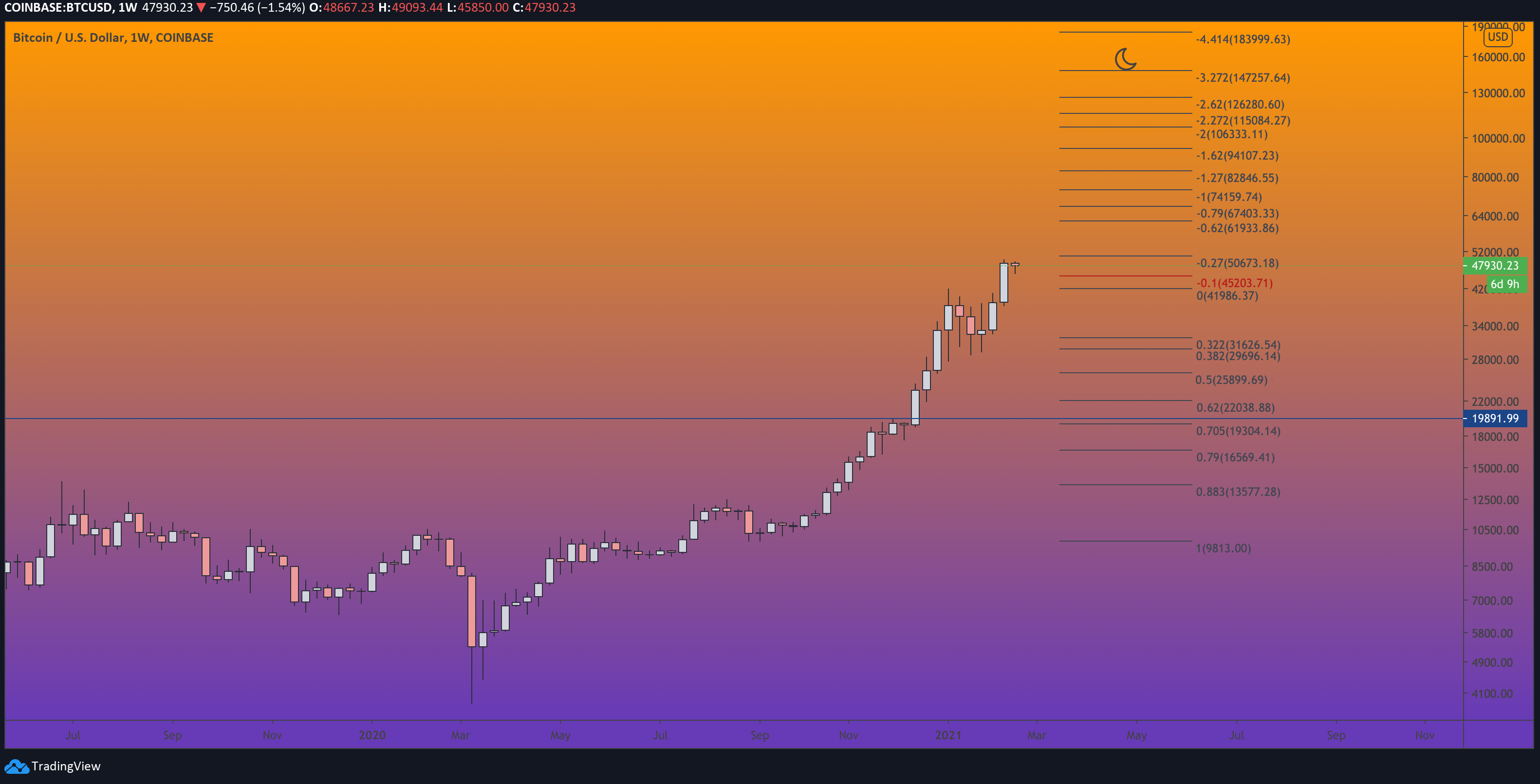 Similarly, Ethereum remains just below the $2,000 level, but with a confirmed breakout above the previous highs based on this macro Fibonacci range.  Ethereum often sees prolonged consolidations at resistance, testing traders’ patience and discipline.  This typically results in stronger impulse swings in both directions.

Traders should zoom out if low time frame noise becomes a distraction.  There is a good chance that many aiming for $2,000 are underestimating both the upside and downside potential from the ETHUSD pair.  Levels from $1,350-$4,700 are possibilities in the short-term, and there are many factors that will dictate which way we see the “King Altcoin” move first. As always, be prepared. 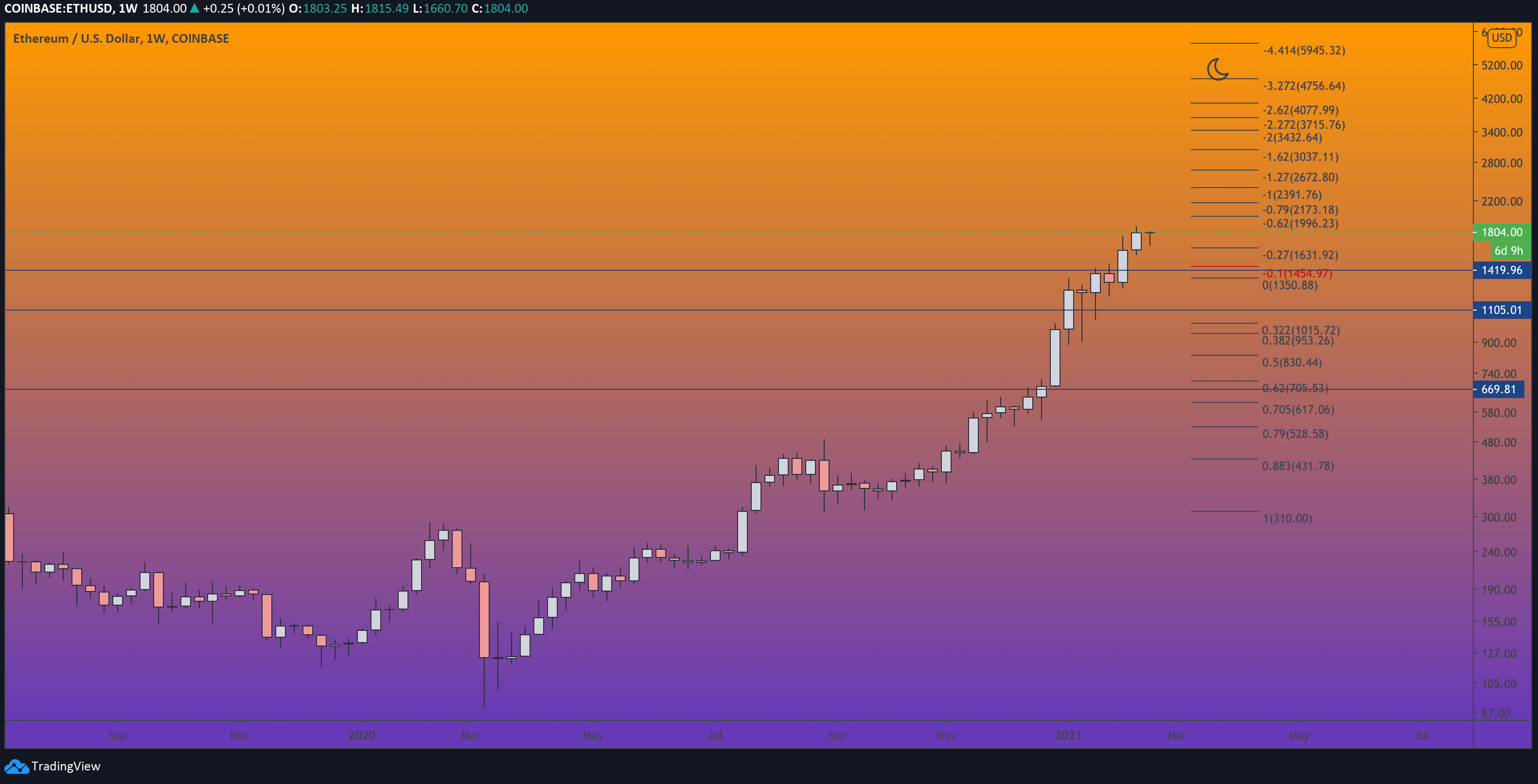 For deeper analysis into the market as a whole, Bitcoin Dominance (BTC.D) and U.S. Dollar Currency Index (DXY) remain the “go-to”.  Below we see that BTC dominance has breached a significant support level.  For traders who frequent social media, we know “alts” are getting everyone’s attention right now.

This market share of 61% is still a bit higher than what we want to see for confirmation of an incoming “altszn”, but it stands to reason that the recent capital flowing into Bitcoin will eventually make its way into the greater crypto market, typically in order of market cap per coin (large>mid>low).

The USD Currency Index still is painting the classical double top, and hanging on at support.  Extended consolidation above support is typically bearish, and eventually, a test of the support will prove weak in buying.  The timeframe of this could be lengthy, but the result could be a huge drop in the US Dollar’s value relative to leading fiat currencies, which would be bullish for anything priced in USD. 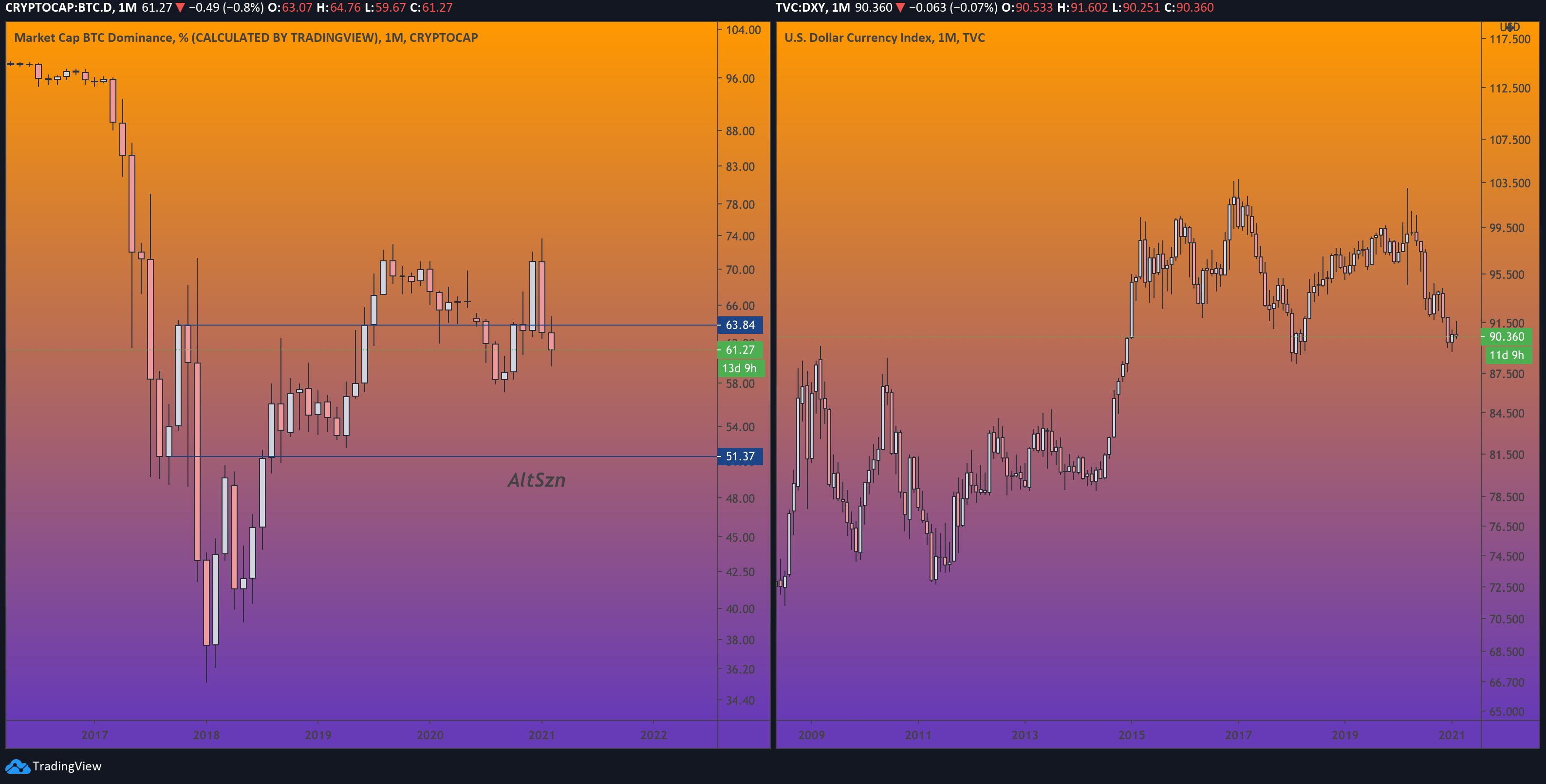 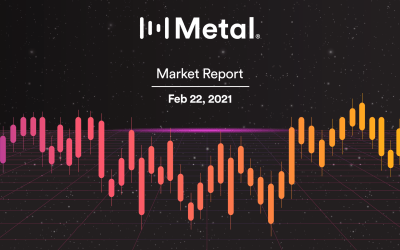 Bitcoin (BTCUSD) (Daily) Bitcoin opened the week with heavy selling from the high of $58,000 into a key area for the bulls.  Falling into the optimal entry zone for the bullish fibonacci range caused buyers to step in heavily, creating a massive wick and spurring... 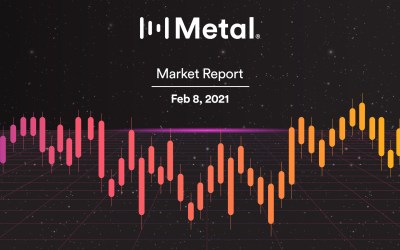 Bitcoin (BTCUSD) (Weekly) Bitcoin had a nice move up this morning on news of Tesla, Inc. (NASDAQ: TSLA) allocating almost 10% of their balance sheet, or $1.5 Billion, into the digital asset. A high time frame close above the $45,200 level should be the confirmation... 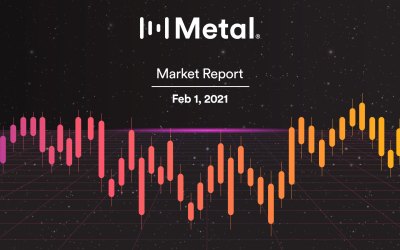 Bitcoin (BTCUSD) (Monthly) Bitcoin came out of the gate with a lot of steam in January but ultimately couldn't keep the momentum going for the entire month. Yesterday’s monthly close left an upper wick of $8,800, which shows an initial 21% price rejection.  Despite...